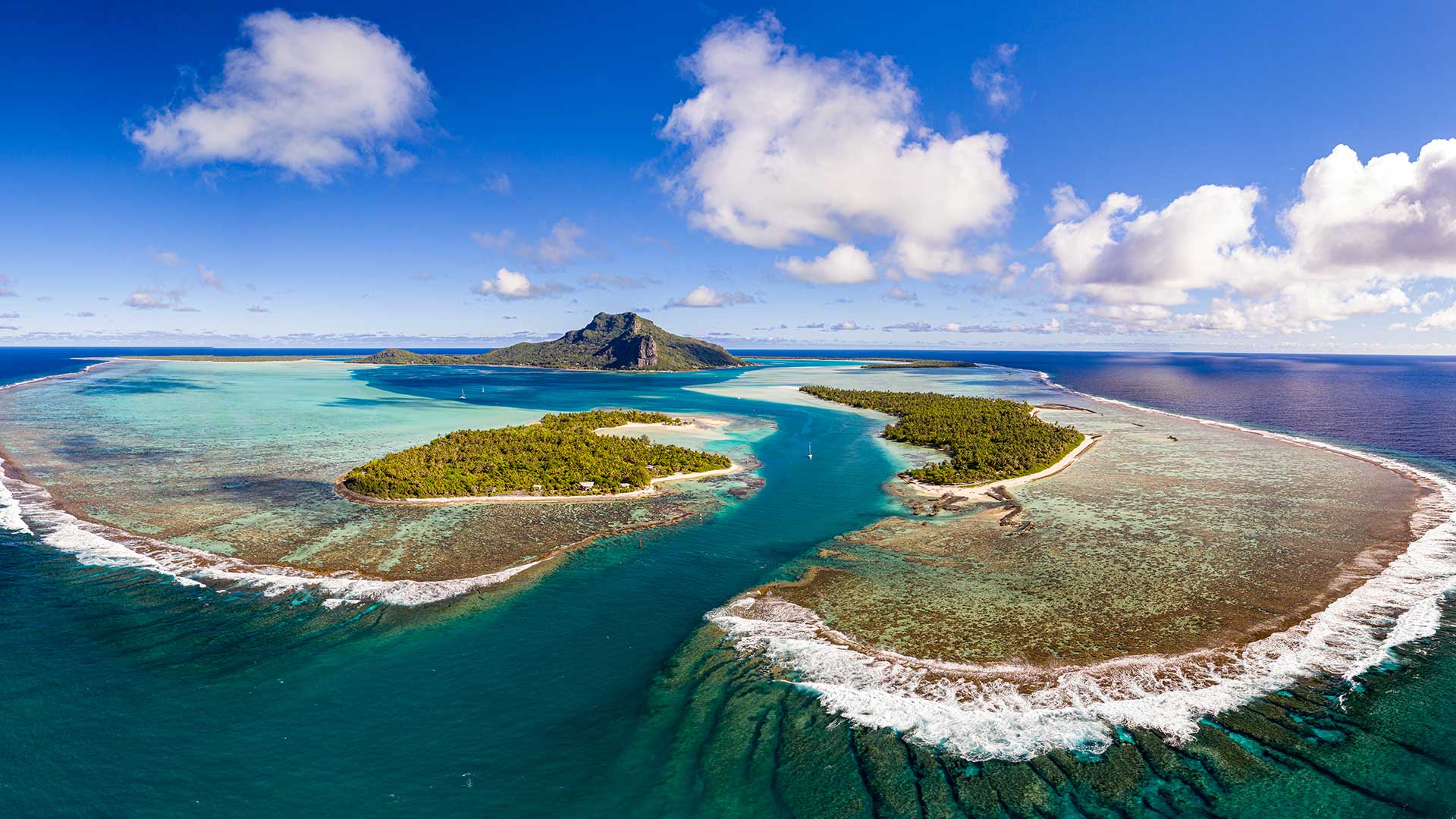 How to Decide Which Sailing Destination Is Best for Which Season

Ever heard the saying “timing is everything”? When it comes to picking your sailing destinations, this is especially true.

Global weather patterns can vary dramatically, and when you are out on the open seas, you’ll definitely want to make sure that you are in the right place, at the right time.

It might seem like a no-brainer, but certain regions of the world are best cruised at certain times of the year because that's when sailing conditions are especially favourable.

During May to August it is winter in the southern hemisphere, and summertime up north. Europe and the Mediterranean are top-rated winter destinations with cruisers from countries below the equator.

In turn, when it is winter in the northern hemisphere, many yacht owners from Europe and North America are on the lookout for summer destinations in the southern hemisphere.

When deciding on a region to explore by yacht, it might be tempting to plan your cruise during a specific region’s summer season – but it’s not quite that simple.

Certain regions, like the South Pacific, experience austral summers, which could mean heavy rains for days on end followed by periods of harsh sun.

Generally speaking, when it is summer in the northern hemisphere during the months of May to August, Europe and the Mediterranean make for fantastic summer sailing.

During winter in the southern hemisphere, when the weather is mild and trade winds favourable, the South Pacific is ideal for winter sailing.

Australia is excellent for year-round sailing, while some Caribbean destinations should be steered clear of during the region’s hurricane season.

Sailing certain yachting destinations at specific times to avoid long days of scorching, mid-summer heat is also an essential consideration for some cruisers.

Every sailing region has a peak (also known as “high”) and a low season, with so-called shoulder seasons on either side of each.

Setting sail in a region at the very beginning (or the very end) of its peak sailing season can often mean the difference between a blissful – or frustrating – cruising experience.

If you are keen to avoid crowds of summer holidaymakers and their boats in jam-packed ports and marinas, you’ll want to consider the timing of your sailing adventure carefully.

Forewarned is forearmed, so let’s explore some of the world’s most popular sailing regions, and the best times of year to sail them.

EUROPE AND THE MEDITERRANEAN

Beautiful Europe and the sunny Mediterranean enjoy their peak summer sailing seasons over the months of June and July, while winter is at its harshest over December and January.

During winter, the further north you go, the drier and colder it will get. Snow is also a common occurrence in northern-European countries.

The best time to sail Europe and the Mediterranean

Europe and the Mediterranean’s summer sailing season runs from June to August.

If you prefer your cruising on the quieter side, consider sailing during the region’s shoulder seasons, which run from May to early June and late September until October.

The least ideal time to sail Europe and the Mediterranean

From October until March it will be autumn and winter in this region, so we don’t recommend sailing during this time.

Malta has a warmer winter than most Mediterranean regions, with visits from tourists and ocean adventurers throughout the year. However, there are still unpredictable winter winds to contend with, and winter sailing in this region can get rather chilly.

If you’d like to avoid both crowds and wind, a good time of year to sail around Malta is March, early April and October.

The infamous Meltemi or Etesian winds blow in Greece’s eastern regions between June and August. These strong, prevailing northern winds can seriously affect your serene summer sailing plans, especially around the Cyclades islands which are very popular with yachting enthusiasts. The Cyclades islands include Santorini, Delos, Ios and Mykonos.

Cruising this region during the shoulder seasons in May or September, you will be able to avoid the Meltemi winds. Prices will also generally be lower during this time.

These European countries lie further north, which means chillier winter seasons with snow, ice and strong winds. The closer your cruise is to the region’s second shoulder season, the colder it will be.

Unfortunately, this means that northern Europe’s peak season is both busy as well as pricey, as crowds of visitors flock to the area for the short peak summer season.

An ideal time to cruise the coastline of northern Europe and the UK is during the shoulder season months of May, early June or September.

THE CARIBBEAN AND THE BAHAMAS

Regions: The Caribbean, the Bahamas and the British Virgin Islands,

Sunny, lush and tropical, this beautiful region is the ultimate ocean-lovers’ playground. It is warm all-year-round, but seasonal hurricanes are an essential factor to keep in mind when planning the dates and sailing destinations for your Caribbean cruise.

In the Caribbean, tropical storms are most prevalent between July and November. The islands of the southernmost Caribbean; which include Aruba, Barbados, Grenada and Trinidad and Tobago, are rarely hit by hurricanes, which make them very popular sailing destinations.

The best time to sail the Caribbean and the Bahamas

The least ideal time to sail  the Caribbean and the Bahamas

Hurricane season runs from July until November in the Caribbean, Bahamas and the British Virgin Islands, so you would be wise to avoid cruising the region during these months.

End November until end February is peak season, with the area bustling during the Christmas and New Year period. It’s also when many American cruisers escape to the tropical south during their winter.

The months of April, May and June are the hottest for this region during its summer sailing season, with an average temperature of 32 ℃ (90 ℉).

If you are sensitive to harsh sun, you might want to plan your cruise to fall outside of this timeframe.

The stunning South Pacific, with its shallow turquoise seas, lush rainforests and abundance of dramatic, volcanic landscapes are always warm, with average temperatures in the low-to-mid 20s ℃ (mid-to-high 70s ℉). The region is one of the most popular sailing destinations in the world.

From November to April, the region has its wet or rainy season. Its dry season runs from May through October, bringing more moderate temperatures and clearer skies.

Although the South Pacific climate is relatively humid, continuous, brisk sea breezes cool down the air to make the region very temperate. This climate makes the South Pacific an excellent sailing destination overall.

The best time to sail the South Pacific

The most popular time to cruise the South Pacific is during its dry season (May to October). During this time, steady-blowing trade winds ensure perfect, sunny days, with the average daily temperatures between 21-27℃ (70-80 ℉).

The South Pacific’s dry season is also the best time to explore the islands by going on hikes. During the dry season there are many activities to enjoy, including several island festivals – and swimming with humpback whales in the waters off Tonga between July and October.

The least ideal time to sail the South Pacific

The South Pacific has its wet season (which is also its low sailing season) between November and April. During this time, temperatures are higher, with increased humidity and tropical storms lashing the region until late March.

The South Pacific welcomes most visitors during its dry season. This season coincides with the July to August summer holidays in many northern-hemisphere countries.

Even though the climate in this region is ideal for sailing during its dry season, if you’d like to avoid crowds and higher prices, you might want to consider cruising this region during its shoulder seasons, which run from October to November and February to April.

It pays to do the research.

Most ocean adventurers select to visit sailing destinations where the climate is warmer, sailing downwind, avoiding stormy areas or seasons, and making the most of ocean currents to boost their yacht’s performance.

When selecting a route and time of year to go sailing, you’d be wise to factor in trade winds, cyclones (known as hurricanes in the northern hemisphere) and the major ocean currents.

As you can see, thorough research of the various yachting seasons around the globe, as well as familiarising yourself with a specific region’s climate and seasonal weather patterns, is absolutely essential before setting out on your cruise.

Whether you are planning a winter or summer sailing cruise, we’re sure you’d agree that “doing the homework” is a tiny price to pay for a cruise that offers everything you’ve dreamed of – including the most favourable weather conditions possible!